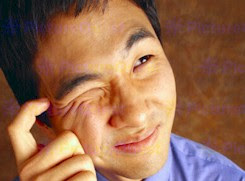 Thought I'd pop along and try another post.  You know, just to see if I've still go it in me.  So here I am and my, it's dusty in here!

I'm in the middle of teaching a final year undergrad course on preaching.  I'm also prepping a new Master's level module in the same subject.  So, naturally, I've been thinking quite a bit about preaching.  Here's what I thought …

Anyone spotted that elephant?  No, not out there, in here.  There, standing right in the middle of the room waving its trunk around. And dancing.  Go on take a good look.  That's right, obvious isn't it?

Too many sermons simply don't say anything.  It's not that they aren't inventive enough, skilful enough, contemporary enough, biblical enough, entertaining enough, or visual enough it's just that they don't have anything to say or at least nothing worthwhile.

Here's me introducing students to different homiletical schools of thought from kerygmatic to dialogical taking in inductive, postliberal and testimonial en route when all along there's this 'ere dirty great big pachyderm called "Not really thought that deeply about this stuff but I'm supposed to preach a sermon so here goes."  Odd name for a loxodonta africana I know but there you go.

Here's me extolling the virtues of poetic language, the need to build dramatic tension, the benefits of sermon moves over sermon points and all that malarkey. And all the while I'm speaking straight past old Dumbo who just stomps around squeezing all the life out of sermon after sermon after sermon.

Maybe I should strip my course right back, save myself and my students some time and just suggest that they think a bit longer, harder and deeper about their sermons.  Maybe that could be a kind of Olympic motto of sermon prep - diutius, durius, profundius.  Longer harder, deeper.  Not more complicated.  Not more academic.  Not not more highfalutin.  No, those aren't the same things at all.  Just more thoughtful, that's all.  Well for starters anyway.

What do you think?  Go on let me know.  I'm off now.  After the dust has settled I'll be trimming back my lecture notes.  That and praying hard that no one who reads this ever turns up to hear me preach.

Email ThisBlogThis!Share to TwitterShare to FacebookShare to Pinterest
Labels: Preaching

It's this sort of thoughtfulness that's needed:

“The communist lecturer paused before summing up. His large audience listened fearfully. ‘Therefore,’ he said, ‘there is no God; Jesus Christ never existed’ there is no such thing as a Holy Spirit. The Church is an oppressive institution, and anyways it’s out of date. The future belongs to the State; and the State is in the hands of the Party.’

He was about to sit down when an old priest near the front stood up. ‘May I say two words?’ he asked. (It’s three in English, but he was of course speaking Russian.) The lecturer, disdainfully, gave him permission. He turned, looked out over the crowd, and shouted: ‘Christ is risen!’ Back came the roar of the people: ‘He is risen indeed!’ They’d been saying it every Easter for a thousand years; why should they stop now?”

Is that too few sermons say anything or that we're not listening? I find sermons difficult to listen to as I keep thinking "what would I do with that passage?" - maybe this is an occupational hazard.

Glen are you friendly, still passionate about Jesus, still involved in some fellowship of like minded people working on the mystery of Koinonea, do you experience the felt presence of God`s Holy Spirit can you discern His hand in your work steps walk?


I need help as I have kinda lost my way!

You may get a sermon out of it!

I know you from way back! Brian