Reading The Bible After Christendom

I'm promoting this cos I've been asked to.  And because it's going to be really good.  You should book in.  And then turn up.  You'll be glad you did. 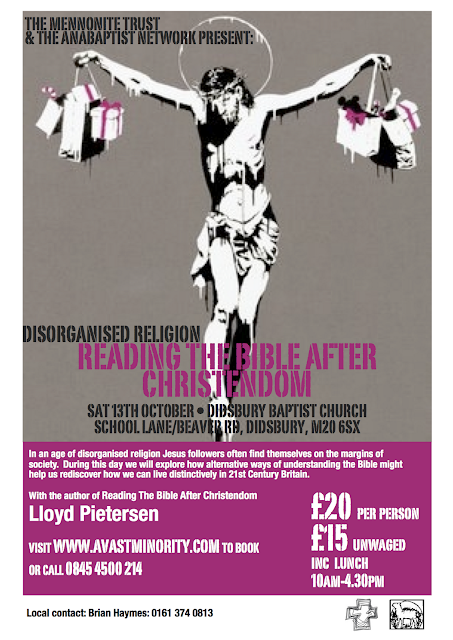 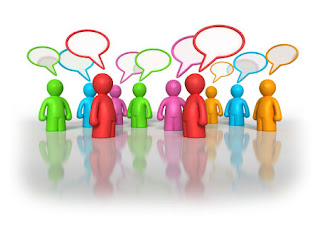 Just stuck some more notes up on my scribd page.  I lead a session on preaching and dialogue at recent Luther King House conference for lay preachers and worship leaders.  There's a PowerPoint presentation (minus the video clips) and my own notes.  They are only, as usual, in outline form but they might be of interest.  You can go get em from the side bar.  Over there, on the right, then down a bit.  Or, just go back and click the link!
Posted by Glen Marshall No comments:

Email ThisBlogThis!Share to TwitterShare to FacebookShare to Pinterest
Labels: Preaching

Believing in Belonging: Belief and Social Identity in The Modern World 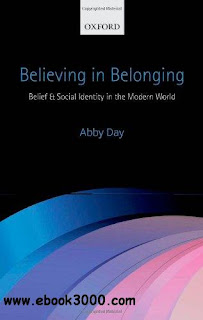 This fascinating monograph explores the nature of believing in modern Euro-American societies.  It is based on the author’s post-doctoral research at Lancaster University and builds on her PhD thesis, a case study centred on the Yorkshire town of Skipton.

Day set herself the challenge of exploring belief by asking open questions that did not presuppose that answers would be offered in relation to religious categories.  So, for example, What do you believe in? and, What or who is most important to you in your life?  She then compared her findings with related studies from around the world.  The research is well designed and the results significant.

The main finding is summed up in the title: people believe in belonging.  To say they believe is to engage in identity building by claiming belonging – to Christianity (even if they don’t believe in God) to family (on condition that they get to decide who qualifies as family) and to friends (with whom they work out their problems and their opinions).

Unsurprisingly then Day suggests that Grace Davie’s influential argument that people in Britain today believe but don’t like to belong misses the mark.  People may not choose to participate in the activities of organised, institutional religion but this does not mean that belonging is unimportant.  On the contrary, for most people believing is profoundly relational.  People believe because they belong and in order to reinforce belonging.

This believing in belonging is found to apply to those (the great majority) for whom believing is anthropocentric, that is those who articulate their beliefs primarily in reference to their human relationships.  It also applies to those for whom believing is theocentric in that they cite God and their relationship with God as central to their lives.  This observation leads to an interesting and nuanced exploration of the phenomenon of Christian nominalism.

Day offers us a rich picture of what it is to believe and in the light of her research suggests that we consider seven dimensions of the phenomenon: content, what people believe; sources, where beliefs originate; practice, whether and how belief informs behavior; salience, the importance people attribute to their beliefs; function, the role of beliefs in people’s lives; place the relationship between belief and location whether public or private, geographic or social and time, the fluidity or fixity of beliefs in relation to passing time and specific times.  As an interpretive framework this scheme would seem to have real potential.

Much more could be said about what this book has to offer; there is a Foucault inspired archeology of the concept of belief in the fields of  sociology and anthropology; there are interesting observations on the way people limit moral obligations to those to whom they belong and the significance for many of ongoing relationships with the dead; there’s an investigation of young people and belief, of believing in fate and of the “othering” of women, non-Christian religions and “Asians” as those responsible for moral decline.  All this in two hundred pages.

I have long thought that missiologists don’t pay nearly enough careful attention to the work of sociologists of religion – Duncan McLaren’s Mission Implausible was a notable exception, now sadly out of print.  Abby Day writes as an academic sociologist and an active researcher.  Her findings are a helpful contribution to the sociology of secularisation; they open an intriguing window into believing in Britain today.  Believing in Belonging makes instructive reading, to say the least for those us concerned that our compatriots might come to belong to the company of those who believe in Jesus.

This review was originally written for Regent's Reviews and is reproduced here with permission of the editor.  Check out the web site to get a free pdf of a whole bunch of reviews.
Posted by Glen Marshall No comments: