Words
Originally uploaded by livDE
I’ve been thinking about how language works. It’s David Southall’s fault. On Tuesday David came to Luther-King House to deliver the annual Whitely Lecture on Paul’s use of personification in Romans. As part of the lecture he gave a very short but very helpful summary of Paul Ricoeur’s thinking on metaphor. This set me off.

Now let me say straight away that no one in their right mind would confuse me with anything even remotely resembling an expert on Ricoeur. However, I have come across his ideas from time to over the past ten years or so, which, in my book is enough to justify a bit of pontificating! So what follows is the result of me playing around with a few ideas over the past couple of days, knocking them into a bit of shape and fly-posting them here just in case anybody might interested. That’s all. And as it’s only metaphorical fly-posting please feel free to tell me where I’ve go it wrong but there’s no need to have me prosecuted.

Creating a metaphor is one way of generating meaning. You take pre-existing words that are both like and unlike each other. Each of these words has its own field of meaning, its own connotations and associations. You then bump the two words into each other with all their own meaning trailing along behind them and you look to see what new meaning might emerge out of the collision. It’s the linguistic equivalent of experimental cooking or, if you prefer, playing with the elements of a verbal chemistry set.

The thing we sometimes forget, the thing I think we ought not to forget, is that when this coming together happens new insight is generated as meaning moves in two directions at once. Each word acts on the other. So for example when we speak of Christ as king it’s not just that all the pre-existing meaning of the word “king” spills, as it were, into our understanding of the word “Christ” modifying it accordingly. Rather, after the two words bump into each other, when we deploy the metaphor, meaning slops about all over the place, there is a bi-directional semantic flow. All that the word “Christ” means also spills into our understanding of the word “king”. That too gets modified. So, as someone who has lived in the Christian language world for the past thirty-five years, it is now impossible for me to hear the word “king” without it instantly having Christly overtones. All that I know of Jesus plays its part in colouring my picture of kingship.

But why does any of this matter? You might well ask, but bear with me. The issue of how why metaphors matter cropped up on Tuesday because the particular bit of Romans that David was looking at was chapter six which uses the metaphor of slavery to explore what it means undergo Christian conversion. We used to be slaves to sin we become slaves to righteousness. One of the audience had a problem with this, not so much with the subtleties of David’s argument about Paul using the term "righteousness" as a personification of Christ but with the very idea of slavery being used as an image at all. I think this is a fair point. Our use of language doesn’t just describe and reflect our world, it builds, creates or, at the very, least colours how we see our world. To take a crude example if you are told repeatedly from childhood that you are stupid, stupid is how you are likely to see yourself even if you are actually very smart. So it’s not unreasonable to ask us to be careful when laying our tongues to words such as “slavery”.

Certainly if all that happens when we use the metaphor of slavery is that everything that the word “slavery” means comes to shape our understanding of the Christian life then there would be good grounds for expunging such usage form our discourse once and for all. However, this is not what happens. What happens is that meaning flows both ways. All that we know of Christ and the Christian life also changes how we see slavery.

Where’s this heading? Well, I don’t want us to end up with an anaemic form of Christian language. And this could happen if we don’t think carefully about our use of metaphor. There are those who would have us abandon entirely language that might have negative, unhelpful connotations for people. So, for instance, there are those who would rather we avoided speaking of God as "Father" because some people have very negative experiences of an abusive father, experiences which, of course, profoundly affect what the word “father” means to them. This is not an insignificant argument and those who dismiss it lightly and lazily as mere political correctness should be shot (metaphorically of course).

However, if we hit the delete button every time we come across an image with negative connotations we will end up with a discourse that is tissue-thin and Lincolnshire-flat. Out goes Christ as victor (too triumphalistic); out goes discipleship as race (too competitive); out goes minister as pastor (too demeaning to the congregational sheep). But we forget that meaning flows both ways. Christ’s victory is like no other – it happens through nonviolent surrender and defeat. All that Christ means modifies my understanding of victory. The race of discipleship is weird; discipleship and racing are both like and unlike each other – all you have to do is finish and you win. Christ is the kind of shepherd who dies for his sheep, who calls us "friend", who walks alongside as our companion, sustainer and conversation partner. Christ is indeed shepherd but he’s not mere shepherd – and therefore neither are we mere sheep. And with that I’ve already moved onto my final point.

Why metaphors are like teenagers and why this is a good thing.

Metaphors don’t come along all by themselves. They hang out with their friends. Lots of them. This too I think is more important than we normally realise. If we use a limited range of images then we can end up with an understanding of the things of God that is hopelessly and unhelpfully skewed.

Far better that we deploy a whole panoply of metaphors (if you’ll forgive the military connotations of the word “panoply”) so that we create a semantic meta-field that is rich, varied and therefore goes some of the way to approaching the impossible task of the linguistic rendering of the ineffable. The metaphors that inhabit this meta-field will work on each other, engaging in ongoing mutual, multi-directional, modification thus guarding against the tendency to construe the divine in unhelpful and misleading ways.

Our concern should not be overly focused on particular metaphors or individual instances of their use but on whether or not the field as a whole gets it right. The recipe and not just the individual ingredient. So if our God talk is saturated by militaristic images we may want to think again – but this does not mean we should never speak of God as "warrior". Similarly our reaction to the negative implications for gender justice of an exclusively male imaging of God should not be to stop calling God "Father" but also to speak of God as "Mother". What we could do with is an iPhone app that periodically sucks up all our God talk and turns into one of those word cloud things. You know like the one in my previous post or the one in my side bar, over there, to the right.

So that’s it really. That’s what I’ve been thinking. There’s nothing more. Not even a proper conclusion.
Posted by Glen Marshall 3 comments:

Email ThisBlogThis!Share to TwitterShare to FacebookShare to Pinterest
Labels: Language 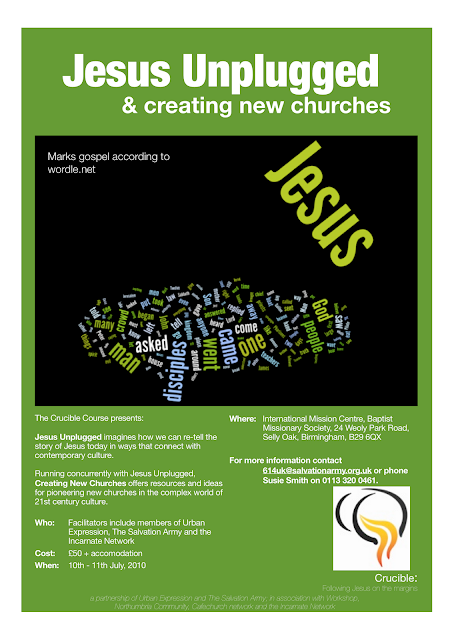 Avatar Unmasked: Dualism is Alive and Well On Planet Driscol 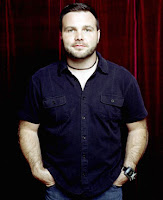 The Mars Hill reformission Rev turns film critic, offering his own insights into who really directed Avatar.  Here's his review.  And here's some other opinions from Jason Cocker and from Jason Clark
Posted by Glen Marshall 2 comments: