Look!  A conversational, reflective, creative and friendly bit of getting stuck into urban mission and ministry, Manchester style.  I'm going.  Go on, join us. 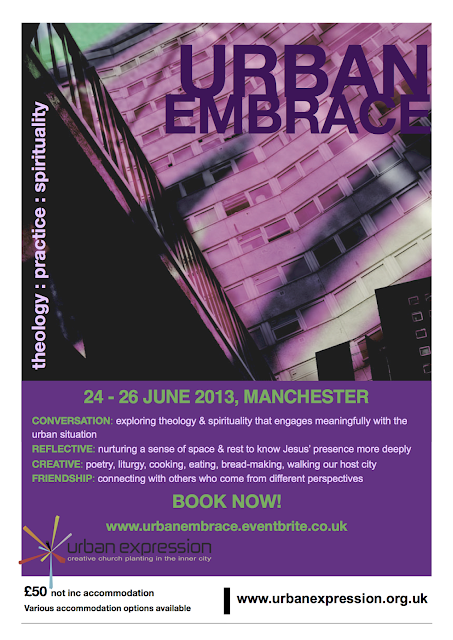 This news just out from the learning community with whom I minister ... 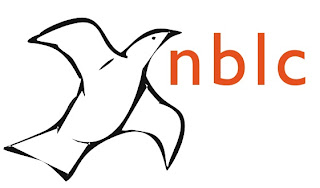 The Northern Baptist Learning Community has announced the appointment of the Revd. Dr. Tim Mountain to the position of tutor. 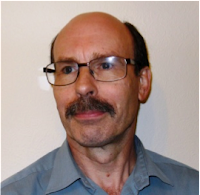 Tim is currently Senior Minister of Grantham Baptist Church, Lincolnshire where he has served for nearly sixteen years. Previously he was pastor of a church in Westerham, Kent. Before training for ministry at Spurgeon’s College he was a secondary school teacher. He holds biology and theology degrees, including a PhD in ecology, and is just completing an MTh in Applied Theology. Tim says, “I am delighted to be able to serve NBLC in this new role.  I’m looking forward to working alongside the other members of staff team.”

According to Dianne Tidball, governor of NBLC and Regional Minister Team Leader in the East Midlands, “Tim has been a good local minister, serving his church and enabling it to be an outward looking community centred on Christ.  He has served the Association well particularly on our Ministry Development Group.  He will be missed but we wish him God's richest blessing in his new role.”

This is NBLC’s third recent staff appointment.  Clare McBeath and Glen Marshall were called to be co-principals just three weeks ago.  Both said how delighted they were that Tim will be joining the new staff team adding,  “Tim combines a wealth of experience with an engaging style of teaching.”

Dr. Mountain will begin his new ministry in August.  As well as teaching at Luther King House in Manchester he will also act as NBLC’s main link with the churches and associations of Yorkshire and the East Midlands.
Posted by Glen Marshall No comments:

Just out, details of this year's Luther King House Summer School.  This will be the third time we've run this as a Summer School.  It always goes down well.  Why not join us?  Spread the word. 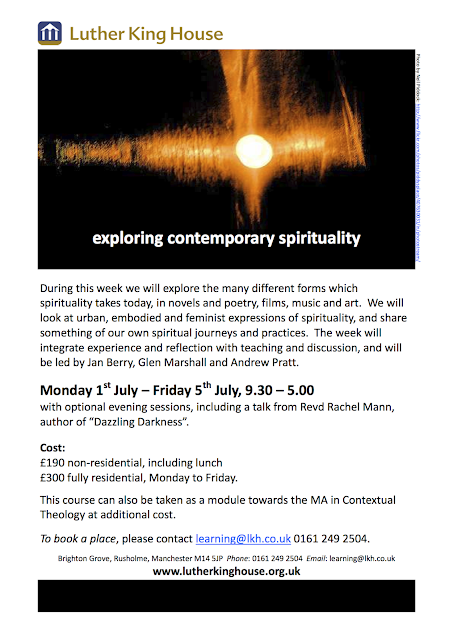 Email ThisBlogThis!Share to TwitterShare to FacebookShare to Pinterest
Labels: Spirituality

Thought I'd mark the advent today of the government's spending cuts by reposting something I penned back in 2010.  It's about the importance of the Christian Church speaking out on behalf of the poor.  It's been good to see The Archbishop of Canterbury, The Pope and The Joint Public Issues Team of the Free Churches rising to the challenge.  But I thought that on this day of all days a reminder to the rest of us wouldn't go amiss ...

Or if you prefer:

I, the Lord of wind and flame,
I will tend the poor and lame.
I will set a feast for them.
My hand will save.

I wonder if you ever sing either of these hymns.  If so I do hope you won’t allow David Cameron and Nick Clegg to turn you into a hypocrite.

You see it looks like we are in for a period when the attention of the media will be, as ever, on the antics of the rich and famous (not least, following last week’s announcement, the royally rich and famous.) [This a reference to the announcement of the engagement of Prince William and Kate Middleton.]  Meanwhile hundreds of thousands of the not nearly so rich and the nowhere near as famous will, largely unnoticed, be struggling to cope as their jobs are snatched away and their benefits slashed.

“Oh dear” I hear you say, “this is getting a bit political.”  Well, yes, but my purpose in raising this is not to debate the minutiae of government fiscal policy.  I’m not sure that an economics A level from 1978 is sufficient qualification to pronounce on the relative merits of Keynes and Friedman as gurus for hard times.  Instead I’m going to stick to what I know.

I reckon I’m on safe ground when I tell you that thirty five years of reading the Bible has lead me to the conclusion that Jesus is not very fond of hypocrisy.  And make no mistake it will be the rankest of rank hypocrisy if in coming years the church in this country continues to sing its hymns of solidarity and preach its sermons on God’s care for poor while keeping stum about the impact of legislation on the lives of the most vulnerable.   It would also be somewhat less than satisfactory for us to follow the all too familiar path of sticking to escapist praise songs and ignoring awkward Bible passages.

For the purposes of this column whether you voted Tory, Labour, Lib Dem or Monster Raving Looney is not really my concern.  My point is that as Christians we all belong to a political party that has as one of the main planks of its platform a policy that is set firmly against passing by on the other side.  Ever since the good Samaritan did his stuff we have declared care-less neglect of the battered and the bruised to be a bad thing.  And those who shoot their mouths off about how the world should be run really ought to try and muster up at least an ounce or two of consistency.

We can agree on that can’t we?  That the church ought to be speaking out on behalf of those whom the majority of society would rather ignore?  That we should be trying to wrestle the spotlight away from princes and prima donnas, nudging it instead towards those upon whom God’s eye rests?

If not, perhaps it’s time to call an end to the party.  At the very least we should take our scissors to our Bibles and attack our hymn projection software with the delete button.  The Magnificat for instance, and all those songs based upon it, should be left on the cutting room floor this Christmas.  True, the bland and anaemic version of Christianity with which we would be left is a rather distasteful thing, but not nearly as nauseating a full blown hypocrisy.

This piece originally appeared in The Baptist Times and is reproduced here with permission of the editor.
Posted by Glen Marshall No comments: